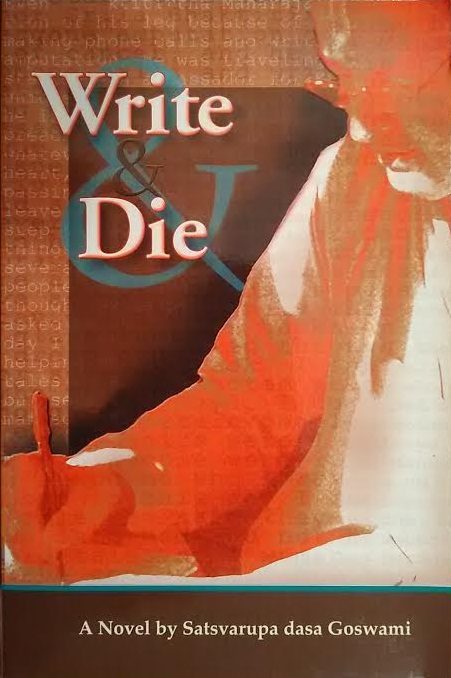 Write and die. In the unconscious so many things come up. In a dream I was at an apartment. There was a big party going on, New Year’s Eve. But I was just neglected, and mostly attacked by little children who were grabbing at my glasses. They were trying to tear them apart. A few people who were maternal types were trying to help me to either get the children off my glasses or get me to understand that these things happen in life and you have to accept them with more composure. I said, “Yes, yes, yes,” but I decided that what I must do is bolt out of this apartment and the so-called party. I didn’t know any of the people there, and anyway their intentions were all raucous and insidious as far as I was concerned. I finally did it, but I knew what the risk was. To go outside meant to go out to a world where I was completely, completely unknown and unloved. At least in that party there was some semblance of being “together” with people who accepted me, even though they didn’t really accept me. Now I was in the most dismal condition, walking, walking, totally lost, like some mythical character in a Greek story.

If he asks me why I acted straight from the dream instead of stopping for a reality check with Reasoning, I’ll tell him I was using Jung’s Shadow, where you acknowledge that whenever you act in favor of one side of yourself, you’re going to have to give leeway to the contra side. We had been bashing that person. It’s like being on a seesaw. When you put weight on one side, then the other side goes up. Was it Fritz Perls who refers to it as the underdog who is always trying to come to the up side? So we had been bashing that person, and now the reaction, the showdown where the underdog came up. A dream of mutual love with that person, a love of a lasting nature.

Later in the day I had another dream of my grammar school and high school buddy Phil Backoff, and I didn’t want to act favorably when I woke up. Neither was he favorable in the dreams, where he was mocking me for being always the antihero in everything I did (like every antihero movie role that I got involved in). Phil is dead to me. I don’t know where he lives, and I have no desire to get in touch with him.

You don’t always have to know what’s going on to love a painting or a sky. But look closely and you’ll see the silken threads that tie the Deity dress to the walls, creating the floating effect. Look long enough at the episodes and you’ll see them accumulating in a straightforward
Krishna consciousness effect. Like gathering snow, like the brilliant artist as he works through his painting to a special kind of comprehensible work. Maybe it’s not for everyone. But we are reaching a growing audience with each word that we sling in a new fashion, as long as they are actually meant true. Have you read Alice in Wonderland and Through the Looking Glass and the lyrics of Bob Dylan? Hear them. As you savor, you’ll understand better that lots of new people can move with the Krishna ripple, ripple and beat. From Wonderland:

Or a short poem by D. H. Lawrence:

“Song of a Man Who Has Come Through:”

Not I, not I, but the wind that blows through me!
A fine wind is blowing the new direction of Time.
If only I let it bear me, carry me!
If only I am sensitive, subtle, oh, delicate, a winged gift!
If only, most lovely of all,
I yield myself and am borrowed
By the fine, fine wind that takes its course
through the chaos of the world
Like a fine, an exquisite chisel, a wedge-blade inserted;
If only I am keen and hard like the sheer tip
of the wedge Driven by invisible blows,
The rock will split, we shall come
at the wonder, we shall find the Hesperides.
Oh, for the wonder that bubbles into my soul,
I would be a good fountain, a good well-head,
Would blur no whisper, spoil no expression.
What is the knocking?
What is the knocking at the door in the night?
It is somebody wants to do us harm.

No, no, it is the three strange angels. Admit them. Admit them. The last words of The Notebooks of Malte Laurid Brigge are dismal: “He was now terribly difficult to love, and he felt that only One would be capable of it. But He was not yet willing.” Our books do not end on such dismal notes, but we sometimes learn things from dismal masters. For example, Rilke’s advice to a young poet is something that a God conscious poet may certainly take. The young poet asked him if he could ask him about his doubts of bringing an inner life into unison.

Rilke replied, “It is always what I have already said: Always the wish that you may find patience enough in yourself to endure, and simplicity enough to believe; that you may acquire more and more confidence in that which is difficult, and in your solitude among others.” Rilke advises the poet that it is not that he should live a life of solitude in some extraordinary way but that we all are solitary, and he just has to begin assuming it. There is so much more I could quote that is worthy of reflection and inclusion in the thoughts of a bhakta’s writing life, but there’s not time or room for it here. I’m digressing from my own themes.

Rilke’s persona ends his book, “How could they know who he was? He was terribly difficult to love and he felt that only One would be capable of it. But He was not yet willing” (from The Notebooks of Malte Laurdes Brigge). Johnny Swami woke up dry-crying those lines. His counselor who said of him that he was deep in lonely existential love. But we’re not calling to a lord who is unlikely to reply, we do not interpret it that way. Krishna is willing, but it is I who am greatly attached to stay in the illusory world. Not yet willing to go to He who is calling for me and sending spiritual masters. Mostly I just hang around, or sometimes I become greatly exasperated and say what it is. I don’t like to go to others and talk about it. But my counselor said I should try that with trusted friends. Even if you can’t find a great mahabhagavata, you can find a trusted, friendly devotee who will not hurt you. And much of the time you have to live alone and focus on your lack and pray to Krishna, who is real. You’ve got the blues, but remember, you can also clap your hands in happy rhythm while waiting for a chance to talk deeper with the devotee and also get the chance to express yourself and die.