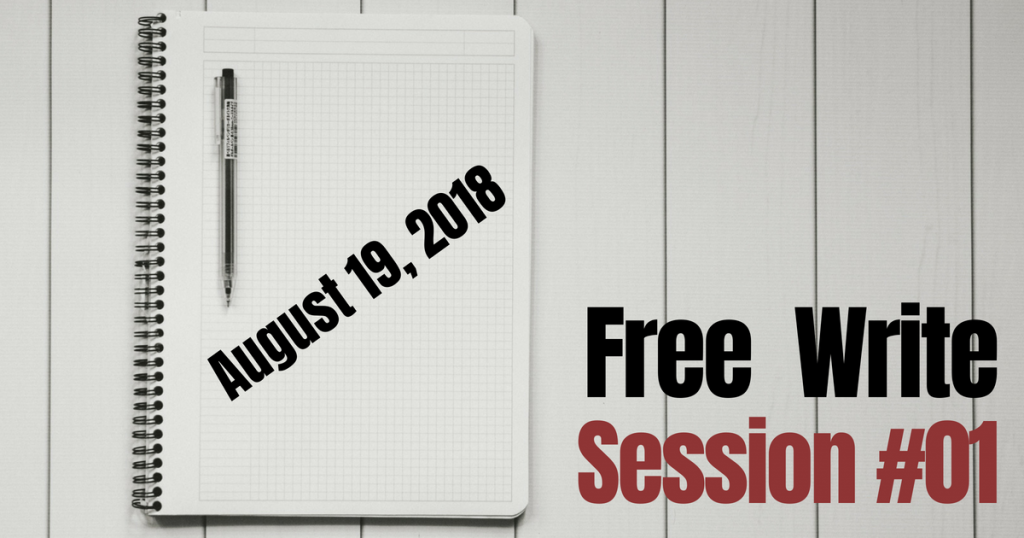 
Narayana Kavaca is fired up and deeply absorbed in a writing project. He is writing two volumes of a novel. He sent me a letter and said it’s going faster than he expected, and he’s already completed 350 pages and needs another 350 pages to finish the first volume. His letter included tips for writing that he keeps to encourage himself. He praised my own writings. The result of hearing from him is that I became enthused to write again but couldn’t think of a project. I wrote him a letter, but before hearing from him I wrote him another letter and asked him to please advise me on what I could take on as a writing project. I included a quote from Thoreau’s Journals in which he expressed his confidence and enthusiasm in keeping a long journal. I said to Narayana that I had just finished writing a book-length journal and didn’t seem prepared or inclined to write another journal.
In his letter to me, he anticipated that I probably wouldn’t want to do a novel. That’s correct.
In my letter, in a P.S., I dictated several poems from my new compilation, POEMS: From Every Day, Just Write. These were poems I wrote in the late 1990s, and I’m reading them now. I’m enthused by them and like them. But I don’t think I want to take on a writing project of poetry now in 2018. Then what to do? At the end of my P.S. I said, “Maybe I should go back to Natalie Goldberg. In her Writing Down the Bones, she teaches “writing practice.” I have done a good deal of that kind of writing, and I call it “free writing sessions.” The idea is that you just write without thinking, you keep the hand moving, you don’t censor yourself, you “go for the jugular.” I haven’t heard back from Narayana Kavaca yet. (I only sent him my unsolicited letter yesterday.) But I’m not waiting. I’m trying to begin my writing sessions.

Krsna-dasi, the wife of Bala from Trinidad, is finally coming back home, to Stuyvesant Falls. She and her husband both have permanent residency status in the U.S.A., but Krsna-dasi went back to Trinidad to help her son get his papers in order for obtaining a student visa. It took many weeks. (I think she’s been gone approximately two months now.) She succeeded in getting the student visa but then had to stay on for a doctor’s appointment for her weak mother-in-law. She was so much entangled in family matters. Now that she has finally booked her plane for next Tuesday, and we will all be very relieved to get her back. She is the single “house mother” in our ashram. She is the head pujari for Radha-Govinda and the other Deities, and keeps Their worship at a very high standard. She also handles the money we receive as donations and allots how we should spend it to meet our needs. She is indispensable. I have Radha-Govinda up on an altar on the second floor, along with Lord Caitanya and Prabhupada. Downstairs we have dedicated a whole room to Deity worship, with large neem Gaura-Nitai, and many other Deities. She takes care of all of them. In her absence, Bala has been the backup pujari, but the standard isn’t as good as it is with Krsna-dasi. Bala can’t make intricate artistic turbans for Govinda. I can’t wait for her to come back and make those wonderful turbans.

I can see Prabhupada sitting on his vyasasana with his hands folded in his lap. I can see Radha-Govinda, shiny limbs and very attractive in Their outfits made by Tappan, “the master” mukut-walla in Vrndavana. I can see Lord Caitanya in the painting commissioned by King Prataprarudra, which shows Lord Caitanya Mahaprabhu chanting on beads in the Gambhira. It gives me a very peaceful feeling to look at it. And I can see Lord Caitanya standing on my altar. He is in Navadvipa with hair on His head, His arms upraised, and His feet and legs in a dancing pose, harinama sankirtana. I can see Tulasi-devi in a pot on the stool. I look from one to the other, and I look at the marigold flowers and the pretty little blossoms that have opened up on a line above Govinda’s head.  Baladeva picks a few of them and places them in Radharani’s left hand, and he places Tulasi leaves in Her right hand, offered to Krishna.

N.G. says, “You may work on your particular project, but at the same time, go on with ‘writing practice’ every day.” Her aim is to fill up one wire-bound notebook per month. The quality doesn’t matter, just keep the hand moving.
You can write about anything. “I remember.” I remember when I gave Srila Prabhupada my life’s savings, $400. I was alone in his room with him at the time. He smiled broadly, unembarrassed to receive the donation. But by the time I moved to standing beside him and sat down with my back to the wall facing him sitting behind his low desk, his big smile had changed into a stern looking at me. It was as if he was saying, “Don’t think you have purchased me with this donation,” or “You have given some money, but you have a long, long way, before you are purified.” I remember keeping cats when I lived in California. That was muci. I would never dream of keeping a cat again. I remember being a small boy and my father taking me to his firehouse. I saw a picture of a nude woman taped to the inside of a fireman’s locker. I went to a room where the firemen sat around talking, and they greeted me with loud voices. I slid down the fire pole.

N.G. says that when you do writing practice, it’s like composting. You dig out the garbage of your unprocessed mind, the eggshells, the various trash and throwaways. Eventually they rot into black, fertile soil. She described how she struggled in her notebook over a period of time, describing the dying of her father. Then finally one day, in a Croissant cafe, she wrote a long, inspired poem about her father’s dying. It was like a bright red rose springing up from the compost heap. So we write and compost, and one day it comes to us in a flush, successful way. We have to be patient. And we have to keep writing.
I remember reading Narayana Kavaca’s tips for writing, that he said, “Don’t write right away about religion.” I don’t think I agree with that. I plunge right into topics of bhakti, devotional service, service to my spiritual master. But I commend him in what he is attempting in his 1300-page two- volume novel. Wish him well!

I remember walking through the Manhattan streets with Swamiji. Three of us–Swamiji, Raya-rama and I–had gone to see our lawyer on Chambers Street to discuss Swamiji’s immigration status. After the meeting with the lawyer, Raya-rama went to another appointment, and I had the assignment of taking Swamiji back to his apartment at 26 Second Avenue. For a while we walked through the streets. I said to my spiritual master, “The city is like a jungle, but there are no snakes.”

Swamiji replied, “What about Mr. Paine?” (the real estate agent that tried to cheat the devotees and his Society out of thousands of dollars. But the money was rescued by Swamiji “out of the belly of Sri Fraud.”) We eventually caught a bus to bring us closer to the storefront. Just before we reached there, I pulled on the buzzer to indicate that the driver should stop and let us off. The Swamiji told me, “No, not yet. It’s one more street.” He knew New York City better than I did! When we finally got off the bus, we were across from the storefront on Second Avenue. I was eager to engage in more conversation with Swamiji. I said, “How come the Radha-Krishna mission is so well-organized, better than us?”

Swamiji didn’t answer my question; he just waited for a letup in the traffic and then he walked ahead, crossing the street. He went up the stairs to his apartment without another word. I felt rejected. Had I done something wrong? Had I committed some offense? Why didn’t he answer my question? I felt bad about the whole exchange. Maybe he thought I was a nonsense and didn’t desrve a reply. To this day I don’t know what happened.