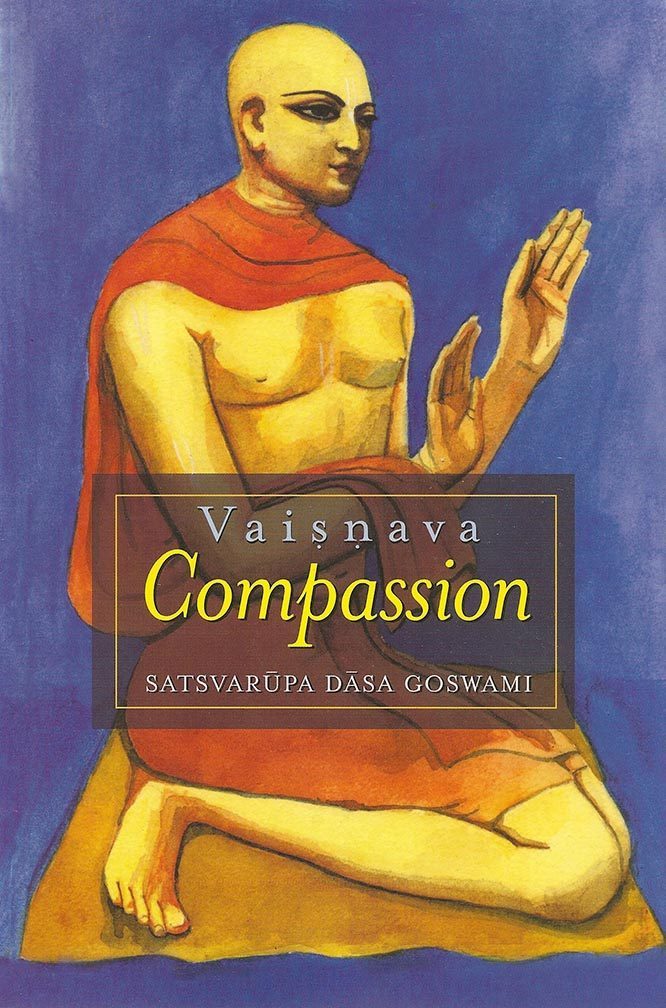 I was aware of the concept of compassion before I met Srila Prabhupada. While I was studying at Brooklyn College, I took a philosophy course in which we studied the writings of Bertrand Russell, who gave a synopsis of Buddha’s philosophy, compared it to Nietzsche’s approach to humankind, and asked in effect, “Which do you think is better?” Russell was obviously taken with Buddha’s compassion for liv¬ing beings, and considered a Buddha superior to a philosopher who worked with humanity as an idea. That was my first introduction to how compassion was meant to be a heartfelt sentiment.

Just before I entered the Navy, I went to confession at a Staten Island church. I told the priest I had begun to doubt the sacrament of confession. I poured out my con¬cerns—the injustice whites were perpetrating against blacks, the senseless Korean War, and the complete materialism of standard American values. The priest said simply, “I see you have a lot of love in you.” I was flattered, but I knew what I was really saying: How could a loving God allow so many injustices in the world? I was losing faith. The world seemed coldhearted, competition-based, and loveless. Most of my friends agreed with this analysis. Thinking back, I see now that the priest was acknowledging my sentiment but recognizing that I had no idea how to express my love properly….