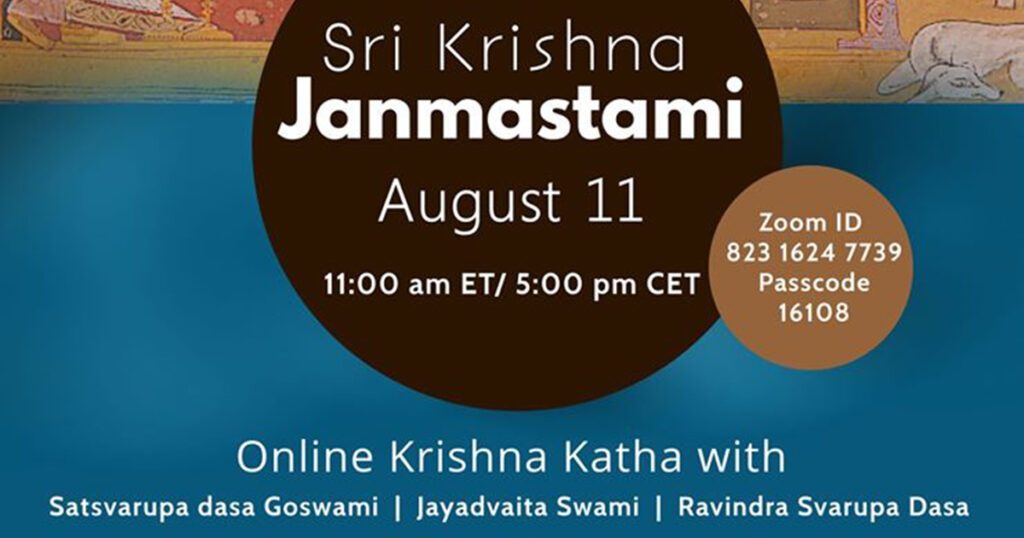 or via the below Zoom channel.

I’ve been invited to share a Zoom talk with Ravindra Svarupa and Jayadvaita Swami on Janmastami. It will be shown in Berlin and picked up in Oslo, Norway or by anyone else who wants to watch. In Europe they are having all-day coverage for Janmastami on Zoom (kirtanas, readings, talks, etc.). This will go on in all major ISKCON temples. I’m going to start at 11:00 A.M. EST and Ravindra Svarupa can follow me with a lecture and Questions and answers. I think I will speak from the Krsna book about Krsna’s appearance in the prison cell of Devaki and Vasudeva. He appeared not like an ordinary child, but as four-armed Visnu with ornaments and dress. Vasudeva and Devaki recognized Him as the Supreme Personality of Godhead, and they made their prayers. They recognized Him by the symbols of Visnu, and they knew that He was God. But by their vatsalya (parental) rasa, they also saw Him as their child, to be protected. They feared that Kamsa would come in at any moment and hearing from the prediction of the voice in the sky, he would take Devaki’s son as the eighth child who was meant to kill him. So Kamsa was prepared to kill the baby as soon as He was born. Devaki was even more absorbed in the vatsalya rasa. She prayed to Krsna as the Supreme Personality of Godhead that Kamsa would come to kill Him, and so she asked Visnu to change His appearance and become just like an ordinary child so that she could somehow spare Him from Kamsa’s wrath. Krsna spoke and told His mother and father of His previous appearances in the world, where He also was born with them as His mother and father. Then to please them, He changed His body to a two-armed baby child and asked Vasudeva to bring Him to Vrndavana and exchange him for a baby that had been born to Yasoda. Suddenly, by the influence of yoga-maya, Vasudeva was able to get out of his chains and out of the palace door’s locks and proceed to Vrndavana, where he found Mother Yasoda asleep and changed the baby he had for the female child born to Yasoda. He then returned to the prison-house, put the shackles back on and the girl began to cry like a baby, which woke up Kamsa and entered his heart as the sound of death, who had come as predicted by the omen in the sky. 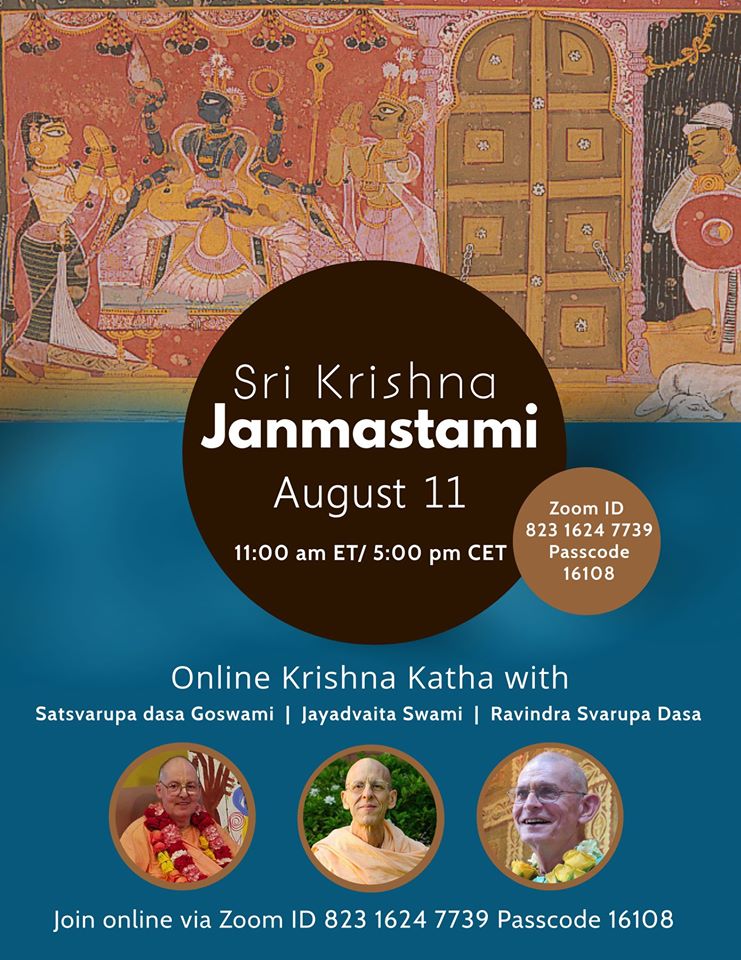