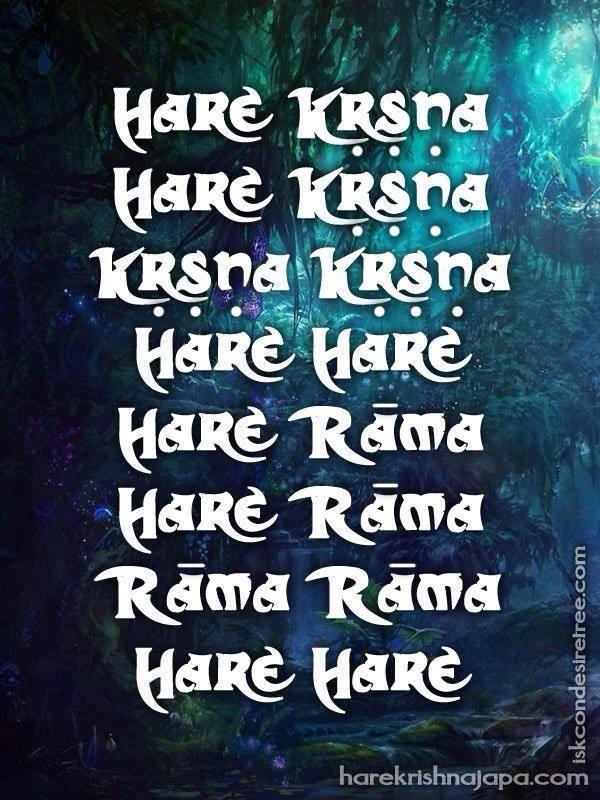 Baladeva’s alarm clock went off at 1:00 A.M.,
and our cowbells followed.
He administered my wake-up rituals,
including my pre-emptive strike
against headaches.
I went into the other room where
the Deities are and bowed down.
I used my precautionary measures
and began japa.
I practiced “just hear,”
the method where you
chant and hear with no other meditation.
There are higher stages of perfection
in japa, but “just hear” is elevated
in itself. Anyone who
understands that the Name
is Krishna Himself, and who
absorbs himself in harer nama,
is achieving a rare stage of japa.
I met my quota after four rounds
with minutes to spare. Then
I turned to writing in my Japa Report.
Today, for the first time in several weeks,
I felt eyestrain and pressure in my
right eye. I took emergency measures
and waited so see what would happen.


I began the second set with my
head pressure subduing,
but not 100%. I tried
avoiding mechanical chanting
by cultivating thoughtfulness and
devotional feelings. For thoughtfulness,
I held on to the bead and practiced “just hear.”
This enabled me to focus on one bead at a time.
For devotional feelings, I kept bringing my mind
to the sweetness of Radha-Govinda
in Their conjugal bliss.

I began the third set increasing my speed,
but paying attention to each single mantra.
Although I was chanting silently in the mind
I heard the Names clearly, with attention
and concern to pronounce the words properly.
My distraction was not so great because
I had already been writing in the Japa Report.
Nevertheless, I was committing aparadha:
inattention to the holy name.
So my chanting was faulty.
But the maha-mantra is so merciful and powerful
that it vanquishes sinful reactions,
ushers in liberation
and brings one gradually to love of God,
even when chanted with imperfections,
as I was doing.
My chanting was not deeply inward.
But I stuck to “just hear”
and met my overall quota after
sixteen rounds with minutes to spare.

I considered it a half-decent session,
with some physical handicap in the beginning.
Toward the end, I emphasized speed too much.
I cried out to Krishna for His blessings
because it is not possible
for me to chant good japa
on my own endeavor.
At least I follow the process
of doing a prescribed number of rounds
in obedience to the order
of the spiritual master,
a sacred vow.