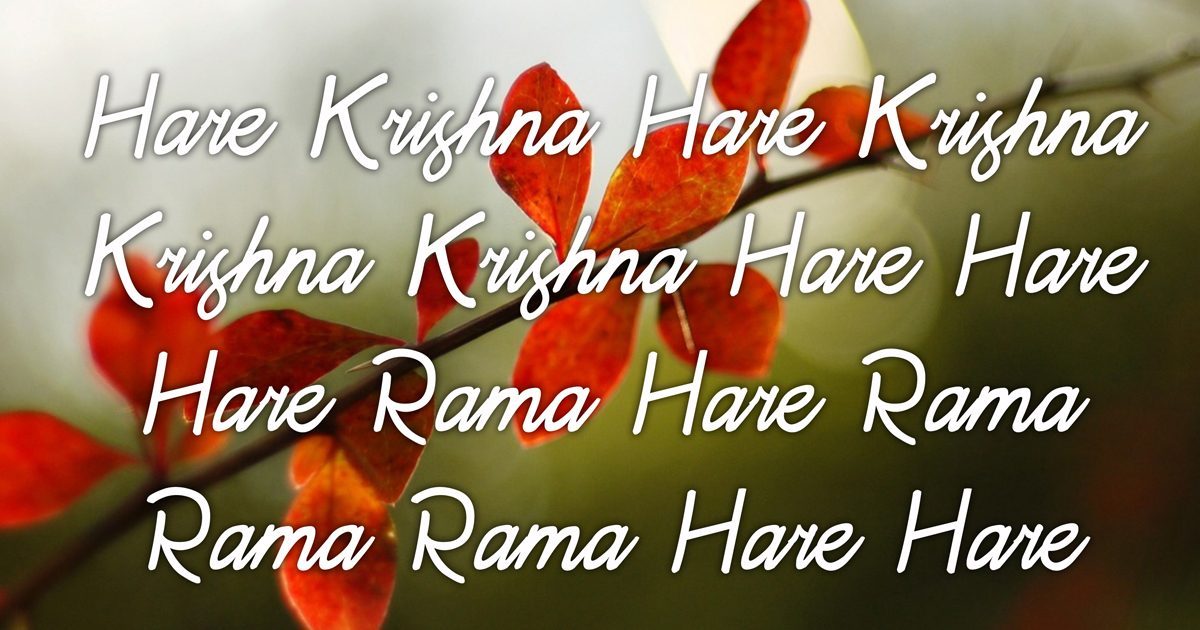 After a decent night’s sleep,
the alarm clocks went off at 1:00 A.M.,
and our cowbells followed.
Baladeva administered my wake-up rituals
in a jolly, intimate fashion.
I went into the room where
the Deities are and bowed down.
I began my japa at a moderate pace,
taking darsana of Radha-Govinda
and the other Deities.
I practiced “just hear,”
the method where you chant and hear
with no other meditation. I am capable
of this and comfortable doing it.
There are higher stages of perfection in japa,
but “just hear” is elevated in itself.
Anyone who understands that the Name
is nondifferent from Krishna Himself,
and who absorbs himself in the
transcendental sound vibration,
is achieving a rare state of japa.
I could not attain that rare state,
but I tried.
I met my quota after four rounds
with minutes to spare. Then
I turned to writing in my Japa Report.


I began the second set at a moderate pace.
Although I was chanting silently in the mind
I heard the Names clearly, with attention
and concern to pronounce the words properly.
But I was distracted by planning
what to write in my next Japa Report.
I was committing aparadha:
inattention to the Name.
So my japa was faulty.
But the maha-mantra is so merciful and powerful
that it vanquishes past sinful reactions,
ushers in liberation,
and brings one gradually to the actual goal
– attainment of love of God,
even when chanted with imperfections
as I was doing.
(I like to repeat the lines about the power
of the maha-mantra. I use them
as affirmations. They give me confidence
that I am making progress,
even though I make mistakes.)
Baladeva’s vocal chanting from the other room
was supportive and encouraging.
I met my quota after eight rounds
with minutes to spare.

I began the third set at a moderate pace.
I kept up the darsana, but intermittently,
not with a steady gaze
lest I incur eyestrain.
So far I had experienced no head pain
and I was grateful for that.
In order to avoid mere mechanical chanting,
I cultivated thoughtfulness and devotional feeling.
For thoughtfulness, I adhered to “just hear.”
This enabled me to keep the mantras separate,
without mixing or missing them.
For feeling, I glanced at Radha-Govinda
and imbibed Their sweetness.
I acknowledged that Radha-Krishna
are the heart of the Hare Krishna mantra,
composed exclusively of Their Names
and uttered as a prayer to be engaged
in Their service. I entered an
internal state and prayerful attitude,
and wanted it to last as long as possible.
I finished my twelfth round
with minutes to spare.

After three sets at a moderate pace,
I began the fourth set at a brisk pace.
I emphasized speed as a priority
over quality. I concentrated on the count
and intently watched my red beads
passing quickly through my fingers.
Baladeva was speeding
in the other room, and this
influenced me to keep up
my rate. But I didn’t rush
recklessly. I held on to the bead
until the mantra was finished
before moving on to the next bead.
I called out to Krishna for His blessings
because I cannot do good japa
on my own endeavor.
I completed my sixteenth round
with a few minutes to spare
on the overall quota.

I considered it a decent session.
I was alert and wide awake the whole time.
I felt no head pain.
Sometimes I chanted devotedly
and sometimes not, but I always
enunciated the mantras clearly
and with attention.
I was under the protection
of the Absolute sound vibration.
I followed the process
of doing a prescribed number of rounds
in obedience to the order of the spiritual master,
a sacred vow.