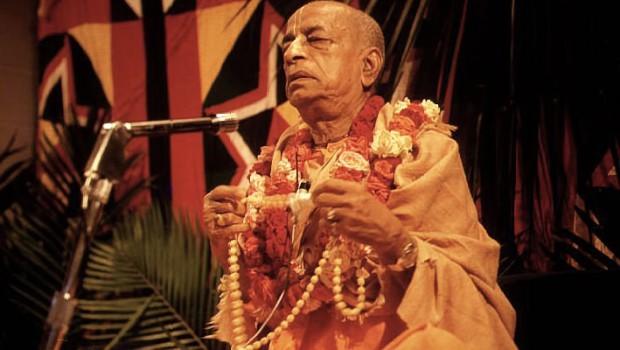 Never doubt the importance of chanting your sixteen rounds. A “maha-vakya” instruction from Srila Prabhupada is as follows: “Of all the regulative principles, the spiritual master’s order to chant at least sixteen rounds is most essential” (_C.c._, Madhya 22.113, purport.) And there are many other statements to indicate that chanting sixteen rounds is a must for sincere followers of Srila Prabhupada. “It is essential, however, that everyone fulfill a specific vow to chant the Hare Krishna mantra. Therefore, we have prescribed in our society that all our students must chant at least sixteen rounds daily” (_C.c._, Adi 10.43, purport).

I state the importance
of strictly following
Srila Prabhupada’s order
to chant sixteen rounds.
I quote two statements from
his purports to _Caitanya-caritamrta_
“that all our students
must chant at least
sixteen rounds daily.”
Prabhupada’s spiritual master
required his disciples
to chant sixty-four rounds.
Prabhupada saw that
it was not possible for
his Western disciples to
chant sixty-four rounds. Plus
he gave us so much
active service to do.
So he reduced the
quota to an easily
managed 16 rounds, which
can be finished in
2½ hours. It is
regrettable to see
that some of his
followers do not
even chant sixteen rounds.